Types of Firearms – by Range 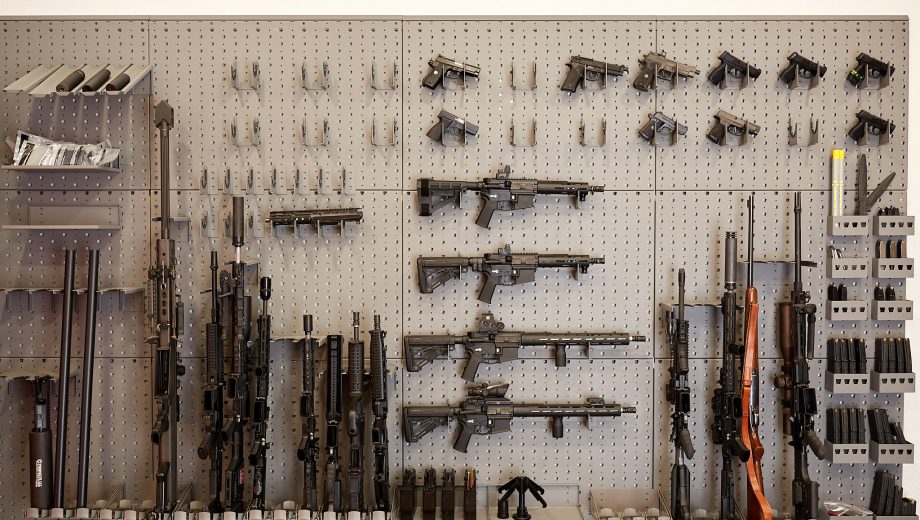 At Horizon Arms Research, we have decided to break our firearms into categories, based not only on type (i.e. Handgun or Rifle) but on the ideal engagement distances, or range.  Now, the ranges we talk about here are guidelines, and will depend heavily on the training of the shooter, conditions, movement, and many other factors.

For instance, while a well trained shooter can easily hit a man-sized target with a 9mm handgun at 100 meters at the range, in emergency fight-for-your-life combat scenarios law enforcement and even military shooters often miss at a few yards.  Don’t worry, with the handgun fundamentals and advanced tactical handgun training we offer both here on the site and with our real world training classes, you can do MUCH better!

Handguns are effective in combat from 0-50 meters.   While handguns are not as effective as rifles based on range and take-down effectiveness, their trump card is their small size and hence their ability to be more readily accessible.  You can carry a concealed handgun on your person whenever you are dressed.  You can keep a handgun in your car or truck, or at your bedside.  These weapons will usually be chambered in 9mm or .357 magnum.

Shotguns are most useful close up, between 0-30 meters. Although slugs can be shot accurately at 100 meters or more.  Most useful in urban environments and inside buildings, they are a peerless home defense weapon.  These weapons will usually be chambered in 12 gauge.

Our rifles are split into five categories, four based on optimal engagement ranges, and one based on it’s rate of fire and purpose:

CQB, or Close-Quarters-Battle rifles from Horizon Arms Research are built to maximize effective shooting between 0-100 meters.  They will typically be very light, short, and with non-magnified optics (typically a 1x red dot/green dot) for rapid, both eyes open, target acquisition.  These weapons will be usually be chambered in 5.56mm or .300 blackout.

General Purpose – Our General Purpose Rifles are a bit longer and heavier than the CQB rifles.  They are designed to be effective between 50m-500m, with an adjustable magnification optic (typically a 1x red dot/green dot combined with a 3x magnifier).  A lightweight bipod will be offered as an option if you plan to be shooting primarily at the farther portion of that range.  If you only get one rifle, a General Purpose is the one to get, being the most versatile.  These weapons will be usually be chambered in 5.56mm or .300 blackout.

Designated Marksman Rifle – A DMR rifle is designed to be effective at longer ranges, 200-750 meters, while still being relatively easy to carry, and able to be shoulder fired at a closer target  in a pinch.  A bipod and a higher magnification scope are standard on DMRs, and expect a longer and heavier weapon than a GP rifle. These weapons will be usually be chambered in .308 or 6.5 creedmoor.

The Sniper rifle  is fully optimized for long range shooting, with an effective range of 400-1000+ meters.  Typically heavy, with a very long thick barrel, a heavy duty bipod, and a large high magnification optic, these rifles are not meant to be shoulder fired, and not something you’d want to patrol or hike carrying.  These weapons will usually be chambered in 6.5 creedmoor, .338 Lapua, and .50 BMG.

A high volume rifle is designed to lay down suppressive fire from a fixed location.  A heavy bipod, red dot (optionally with a 3x magnifier), and heavy easily changed barrels are key traits of the High Volume rifle.  Expect it to be fed by belted ammunition or a high capacity drum magazine.  These weapons will usually be chambered in 5.56 mm.